This spring quarter I’m teaching Spanish 302 and Spanish 303, both of which guide students in developing writing strategies in Spanish (creative fiction, business letters, reportage, argument and counterargument, and literary and visual analysis).

In lieu of a final exam, both classes will enjoy a multi-day “finale.”

Students in Spanish 302 are collaborating during Week 10 on synchronous debates (using Zoom, with a mix of speaking and writing). These debates are design-centered and inquiry-based activities that ask students to engage critically with current events and rely on the skills built during the course. In the debates, students propose a political, social, and economic future for Venezuela that responds to that country’s ongoing, years-long crisis. Students also debate Mexico’s “Day without Women,” a social movement from March of this year, and develop plans for a mobile app that would spread knowledge of the Mexican women’s lived realities.

During Week 10 in Spanish 303, students will collaborate one day synchronously (on Zoom, mostly speaking) and one day asynchronously (in writing, via Canvas Discussions) on creative activities that allow students to rethink, rewrite, and build upon four stories read in the second part of the quarter, in order to make the characters’ identities and lives experientially real. Students recently completed a formal literary analysis essay, a comparative analysis of two stories by Jorge Luis Borges, Gabriel Garcia Marquez, or Julio Cortazar. In this project, students will have a chance to play with the readings — perhaps writing a sequel, changing the protagonist, introducing a new conflict, or clarifying what is left unsaid in the original. In these creative tasks, students have the freedom to focus on aspects of the stories that were confusing to them and keep “thinking with” the characters (and their classmates’ ideas).

I have studied the work of linguists Jean Lave, Etienne Wenger, and Claire Kramsch, and artist-scholars Tim Rollins and K.O.S. (Kids of Survival), and I use their approaches to invigorate my assessments. The SPAN 303 course methodology is anchored in the scholarship and practice of Pre-Texts by Doris Sommer (Harvard University) and the work of Sommer’s Cultural Agents initiative, which offers educators programming, training, and workshops — most recently, an April webinar via Zoom in “Social (Distant) Practicing” — that I have found inspirational for my course design.

These design-centered activities encompass methodologies that democratize learning for the current generation and make the class a lot more dynamic. After all, who wants to learn Spanish in order to take an exam?

Two students in Spanish 303, Kamryn Bodholt and Zachary Chambers, submitted dueling songs to the Canvas Discussions — songs that do much to clarify the turbulent emotional state of the protagonist of Argentine expatriate writer Julio Cortázar’s classic story “La noche boca arriba” [Headstrong into the Night].

Kamryn and Zachary were also my students in Spanish 302 in the winter quarter of this year. Here, they describe how the two-course Spanish writing sequence helps their intellectual and creative development as they gain fluency in the language:

I am a sophomore and am double majoring in Spanish and English: Creative Writing. Spanish 302 and 303 have been my favorite Spanish classes at UW so far (especially 303) because I have a lot of interest in creative writing and short stories, so in a way this class has been a combination of my two majors. Reading the stories alone builds my vocabulary (having to look at the definitions in the margins or the dictionary), and the homework questions help guide my thinking by hinting at the deeper messages in the story. I like how there can be multiple interpretations of each story, and that we have the freedom to explore our own interpretations as well as our classmates’ through class activities and discussions. Reading the articles written by literary critics has helped improve my professional/scholarly tone when writing in Spanish, and I have noticed these improvements in my speaking as well. I also enjoy the opportunities we have to be creative during class, like creating an Instagram post from the perspective of a character in one of the stories, drawing pictures of characters/plots, and writing songs, to name a few. Practicing my reading, writing, and speaking skills through these various activities has made me a more well-rounded Spanish student, and I can see these improvements in my writing when I compare essays from past quarters to ones from this quarter.

I am a sophomore pursuing a double degree in Biochemistry and Spanish. During my past two quarters in Spanish 302 and 303, my knowledge of the language has grown exponentially. I have really enjoyed these courses more than my previous ones, because they have been structured very differently. Instead of focusing on the smaller aspects of grammar and stressing over tests, I have been able to learn the language in a much more engaging and interesting way. As a matter of fact, the assignments always stretch my thinking and sometimes leave me pondering over a story for many days. They are always very creative, unique and thought-provoking. Because of this, I feel that my Spanish writing skills have tremendously improved as I am able to analyze texts from multiple perspectives before making a final decision about the characters, themes, hidden messages, etc. All in all, I have really liked these courses and have grown greatly as a Spanish writer because of them. 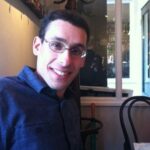 Samuel Jaffee is a lecturer in Spanish & Portuguese Studies and teaches courses in writing, literary studies, and visual culture. He holds a Ph.D. from the University of California, Irvine, with a specialization in Andean literary and cultural studies from the colonial period through the present day. He presents widely and leads workshops for high school and college instructors on strategies for teaching classes of heritage and second-language learners, writing pedagogies, and incorporating less-commonly taught languages, such as indigenous languages, into a Spanish curriculum.

Learn useful tips and evidence-based practices that make the most of remote learning from University of Washington faculty from a range of disciplines.